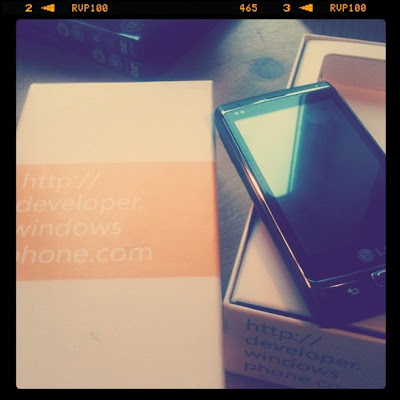 As I write this I am in possession of a Windows Phone 7 developer handset, the problem is I don't know quite what to do with it yet. I think WP7 seems like a well thought-out platform, hence my interest in developing for it, but as a completely new technology, it's hard to know exactly what the best strategy for app and game development is. Here are some random facts and thoughts about the platform. (Since I first posted this, Mike Ormond from Microsoft has emailed me with some more definitive answers, so I have updated the post to reflect this).
Taking all this into account, I think the opportunity for Flash developers who want to branch out into the WP7 space will be to bring their creative and gamedev skills to the paid games market, but it would have to be with long-form/multi-level games like Angry Birds, Trainyard, Warlords etc. And coming up with killer game ideas like those, while implementing on a brand new system, isn't going to be easy. Windows Phone 7 seems like a decent phone platform with good developer support. Like with any platform though, the killer idea needs to come from you, and for now, I'm still trying to think of mine.
In part 2 of the series I will be testing rendering performance by porting BunnyMark to Silverlight and XNA!
Posted by Iain at 11:55

IMHO for Flash developers, it's all bad news. How is no Flash suport and only Silverlight support a good news for Flash devs?

And Part 2 is about porting to Silverlight? Is this what you think Flash devs should be doing? I think you are very wrong.

"Also, the phone's browser works well, but doesn't support either Flash or HTML5 content at present. This may change, but nothing is confirmed."
I don't know about HTML5 support, but both Microsoft & Adobe have confirmed that WP7 will support Flash Player 10.1 in the future, likely early 2011.
Here's one quote with Adobe quote Microsoft that I was able to find quickly, but there's others out there:
http://www.adobe.com/aboutadobe/pressroom/pressreleases/201006/062210Flash101QuoteSheet.html

Also just a quick point, that many often miss or get confused, especially Flash devs who aren't on top of what Microsoft is doing. There's no Silverlight plugin support for WP7. It seems Silverlight mobile plugin is pretty much dead right now. For WP7 you are creating a native app based on Silverlight, but can't view Silverlight content through the browser.

@Burak - I think you are taking away the wrong message entirely - I'm certainly not advocating learning a new platform if you don't want to. Flash is still doing great, so it's entirely up to you whether to use only Flash or try other things.

When I talk about Flash developers I'm really just talking about interactive developers, who currently work with Flash. I would very much consider myself to be a Flash developer, but that doesn't mean I can't also use other technologies where appropriate. Many Flash devs I know are doing great things with Android, iPhone and HTML5 while still maintaining Flash as their core tool.

I tried whipping out something on WP7 this weekend, but was blocked by the emulator's slowness.

This makes the cost of entry too high for me (a new PC or $200 to upgrade Windows to "Professional" so that I can install the "Virtual PC" software.

Anonymous said...
This comment has been removed by a blog administrator.
8 November 2010 at 19:51

@phil - you couldn't be more wrong! I'm just giving an honest opinion of a new technology. I don't have to take abuse on my own blog so I have deleted your post, sorry dude.

I work on the WP7 team, I've read your blog for ages and I'm glad you've got a WP7 phone in your hands. My secret wish is for you to do your zany BBC 3d tower defense for WP7! So short, but so awesome!

Yes - you can write games in Silverlight - Unite is an example of a game written in Silverlight. However, generally, XNA makes more sense for games since it is very focussed on that scenario. If you had a game with a lot of UI then Silverlight could be a better choice.


The WP7 XBL folks are always on the lookout for cool indie developers to work with. YMMV but it's a possibility. Write some cool games and see how they open the doors for you :)

Looking forward to the bunnymark port!