A new manifesto for Flash games 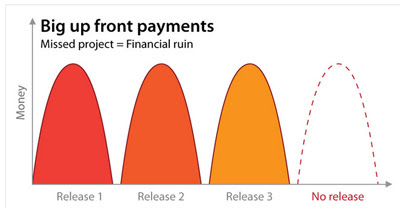 Danc over at Lost Garden has just released an inspiring call to action for Flash games developers. This is probably the most important thing I have read about Flash games, ever. In it he makes a good case for something I've known for a while - that the ad-funded Flash games business model undervalues developers efforts by a factor of 100! If you don't want to read it, the jist is that indie Flash games creators need to grow a pair and start asking for some money. But I suggest you read it.
Posted by Iain at 14:08