This is a cross-post from http://explay.tumblr.com/... 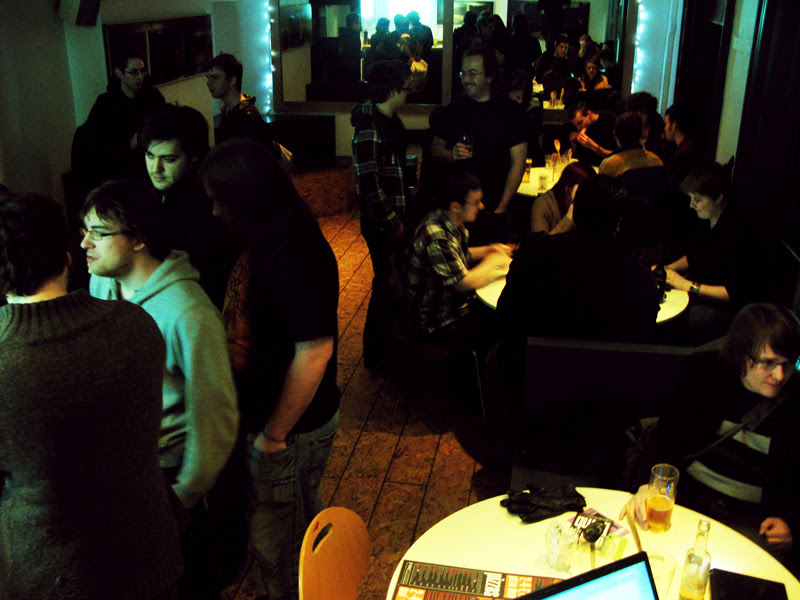 We had another friendly and awesome meet-up last night, with demos from Gareth Williams, György Straub, myself and almost Dan Stubbs, as well as a gallery of concept art from some of our other talented members. Gareth showed a badass prototype where you control a snake who has to eat different music samples to build up a beat. Gareth’s demos are great because he invites suggestions for improvements and always gets a good debate going. 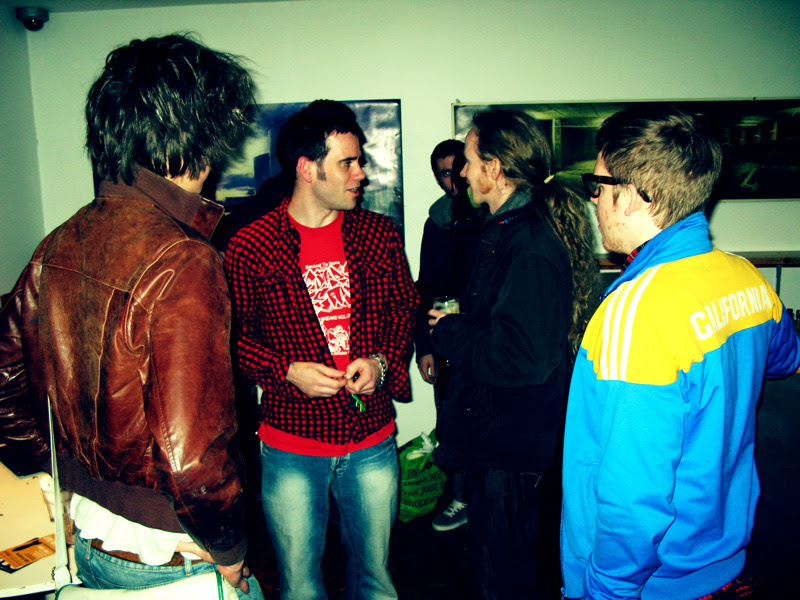 György showed his work from the last Plymouth game jam, which was an inspired reversal of the tower-defence genre, where you have to defend the helpless monsters from being slaughtered by the evil towers. 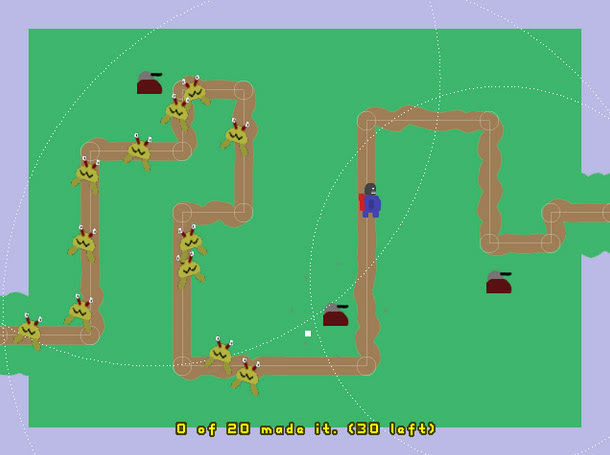 I showed the work-in-progress of my forthcoming game Owl Spin, which will be available to play very soon. Thank you all for your kind words about it, and cheers Alex for being only the 3rd person to play it! I also showed the creative physics toy I made for muzy.com – which you can play with here. 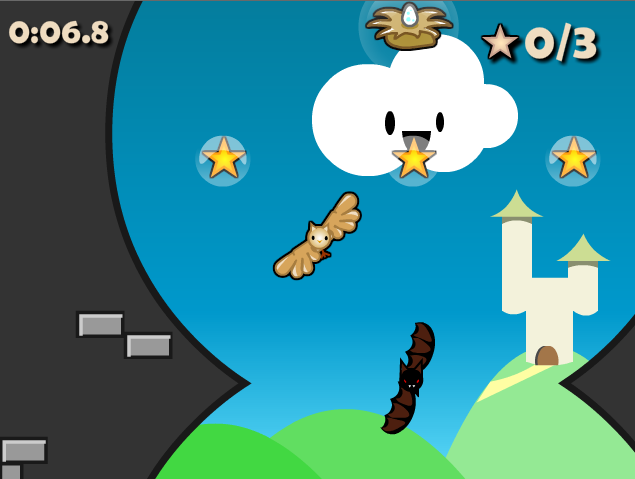 I also experimented by running a 26-player card game, which actually went quite well. Somehow I even got all my playing cards back at the end of it - what an honest bunch we are! This is how it worked: As everyone arrived I gave each person 2 playing cards and asked them not to look at them or show anyone else. To start the game, I just announced the simple objective – whoever can come to me first with 4 of a kind, wins (a copy of classic movie Gamer). The bar immediately erupted into the trading floor of the New York stock exchange, which was exactly what I hoped would happen, and it was all over in about 60 seconds. 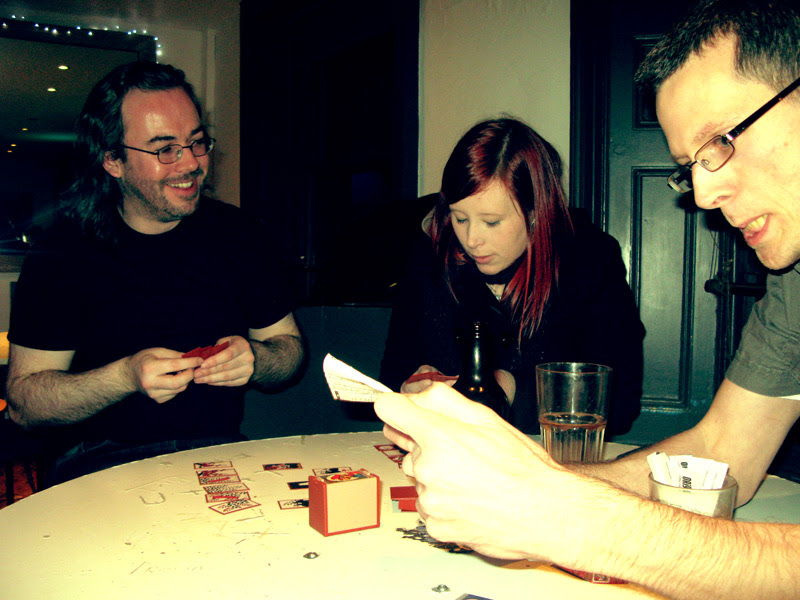 The game was inspired by this game design lecture from YouTube and Ryan Creighton’s shenanigans at GDC. Speaking of GDC, Extended Play regulars Ella Romanos and Luke Davies were both out there this year, so hopefully we’ll get field reports from them at the next meeting.
Once again massive thanks to Ria Hartley and the Mutant Labs guys for making it all happen.
Hack the planet
Iain
Posted by Iain at 12:00

Your blog looks nice, even so it would be far better if you’ll be able to use lighter colors too as a professional design. This will make sure that a lot more readers come to check it out.Informative post by the way!