December 04, 2008
I've got lots of unused holiday to take this December, so I'm starting the end-of-the-year posts early. I have consulted my magic crystal ball, and here are my tips for Flashers in 2009
Have an awesome 2009 everyone! Remember to leave comments if you (dis)agree with me. 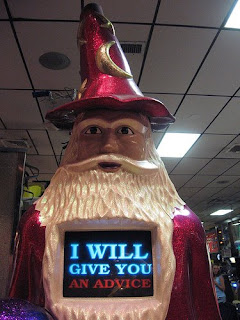 Circstar - Derek Knox said…
I like the ideas. I personally am glad I learned AS3 and in looking at other languages I feel confident in learning them. OOP seems to be the underlying element within many of the languages available and I will continue my education of OOP and Design Patterns. I'm also digging PV3D and have for a while now, I just recently came across Unity and it is pretty sick as well. So much cool stuff, I just have to choose wisely so what I learn can better suit me in the future. Have a killer holiday.
4 December 2008 at 19:17

wonderwhy-er said…
I must completely agree with you here. I am starting to feel strongly that Flash become to big for it's own good and starts to have problems. Or rather Adobe is not fixing some old ones and adds new ones with new features... And I am starting to grow tired from lame Flash IDE actions panel and many other small but bothersome problems.

Tough there are still reasons for me to stick with Flash and Flash IDE...

1) No real alternative... Silverlight is too green and Java for now has a bad reputation among noob web surfers... But C# and Java languages/platforms are like haven and earth in terms of software development process.

2) Then Flash IDE it self is the best solution I've seen to date to be able to do design till the last pixel and program in same place. Not perfect but best I've seen. I know Flex a little and worked in Java for a year and for desktop applications I use .Net but no IDE ever lowed me to design visual behaviors with such ease and depth.

3)Well flash is most popular platform so far so suits best for my current half time job as RIA developer.

4) Another one I can mention is that Flash is Adobe product and thus with each version it gets better and better integration with whole range of Adobe design products which allows to work with designers faster and more fluent. And that is something that .Net and Java may not "period"...
10 December 2008 at 16:33

No he didn't say Flash would be "dead", he stated that Flash would simply own the plugin space until then..