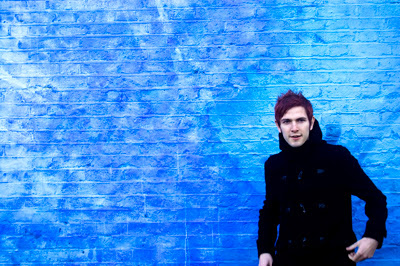 Hello, I'm Iain. I've set up this blog so I can tell you what I know about designing and developing games with Adobe Flash. Here are my career highlights:

In January 2009 I embarked on a career as a freelance Flash developer. Before this I was the Head of Interactive at Bloc, an award-winning digital studio. During my time at Bloc I co-created some of the best-loved games on the web, including ZW0K!, Stackopolis and Pop Pirates and Meta4orce. Before joining Bloc in 2004 I worked on factual broadcast television for TwoFour, including several programmes for BBC1 and Channel 4. Before that I was a Flash-focussed designer/developer at specialmoves where I worked on many great interactive projects, including The Osbournes' award-winning site.

My work has been featured in a few magazines, including Creative Review, Computer Arts, Computer Arts Projects, .net and The Daily Mail, and in two books: Web Design Studios 2 and Web Design: Music Sites, both published by Taschen. I've also been interviewed in .net magazine.

Projects I developed have been featured on a number of high profile sites including Kotaku, Jay is Games and theFWA, and I've worked on multiple projects which have made the digg.com front page.

In 2003 I graduated with First Class Honours from the highly respected MediaLab Arts BSc at the University of Plymouth. I also have A-Levels in English, Maths, Physics and Photography.

Speaking about Flash and/or games

This is something I'm quite new to but really enjoy - so far I've given talks at the London Flash Platform User Group, FlashBrighton and Brunel University. If you'd like me to talk at your Flash or games related event, conference or user group, just drop a mail to iainlobb[at]googlemail[dot]com and I'll see what I can do!

Community
I try to stay involved with the UK Flash community, and you're likely to bump into me at LFPUG, Flash on the Beach and Poker Coder events - on the final table of course ;) I have also created NO JOY? - an informal campaign to get joystick support into Flash.

Iain said…
Ok anonymous person! Drop an email to iainlobb+at+googlemail+dot+com or leave your email address and we will consider you. London based people only I'm afraid. You don't really want to work for free though?!
6 August 2008 at 11:54