Showing posts from October, 2008
Show All

The Princess Rescuing Application - a great lecture on game design 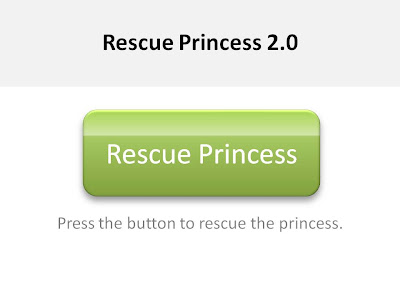 If you've got 15 minutes to kill and you want to get inspired, head of over to Lost Garden and download the pdf (or click here ) of Danc's awesome presentation about how the principles of game design can be applied to creating usable applications. It's relevant whether you make games or applications, or like many of us, both.
Post a comment
Read more

Bio-bak, the best Flash website I have ever seen? 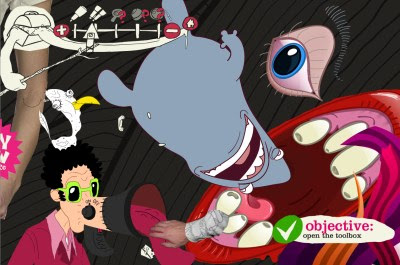 I'm not normally into just posting links, but the website I just went to - bio-bak.nl - is so cool, you gotta see it!
2 comments
Read more 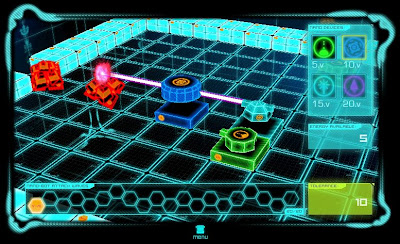 When I launched this blog back in August with a post about BLOC 's animation / gaming crossover Meta4orce , I had no idea how positive the response would be. Thanks to [draw.logic] , PaperVision3D Blog , Flash Bookmarks and Richard Legget my post picked up thousands of views and loads of great comments, including a "congratulations" from PaperVision teamer Ralph Hauwert . I've also had the honour of fielding game-design questions about the project over at Adventures in Primetime and the awesome Brainy Gamer blog . Anyway, I've just found out that Meta4orce is nominated for a children's BAFTA ! I'm dead chuffed; this is great news for a project that looked for a while like it would sink without a trace. With competition like Little Loud/Channel 4's Bow Street Runner , and Amanita Design's awesome BBC educational game Questionaut , we have no chance of winning, but just to be nominated is a great feeling. UPDATE - Bow Street Runner won it - well
5 comments
Read more 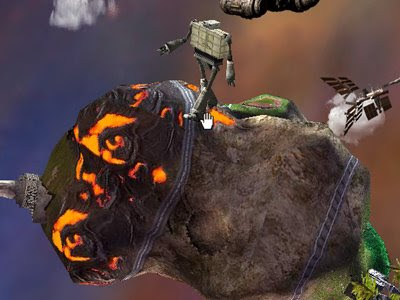 NOTE: I am now a freelance developer, and no longer an employee of Bloc. Over at my employers, BLOC , we recently put the finishing touches on a new website to support BBC3's mad comedy show The Wrong Door . The site has lots of silly toys, interactions and animations to amuse you, but I thought the best one to document would be the experimental method I used to get some basic character animation into PaperVision3D . The animation in question is of a giant robot walking around an asteroid on the site's homepage. My unorthodox approach was to make a side-on animation of the walk cycle using a set of MovieClips on the Flash timeline , then at runtime update the positions of the 3D robot's limbs based on the positions of these MovieClips. The obvious drawback of this method is that all movement can only happen in 2 dimensions - so the effect will never look as cool as true motion capture and bones - but the advantages are that editing the movement is very
4 comments
Read more
More posts